Abstract
The paper entailed a systematic review of literature through which the use of Misoprostol was applied in the reduction of maternal mortality in developing countries. Misoprostol, as a drug, has been observed as a way of mitigating health complications mostly among women by the following applications; treatment of ulcers, initiation of labor, causation of abortion and prevention of postpartum bleeding. The introduction of the paper included an evaluation of the concepts as well as the definition of terms. The background section entailed of an explanation of the past and present conditions in terms of the use of Misoprostol in preventing maternal mortality. The method of systematic review and the PRISMA flow diagram depicted a description of the literature obtained and used in the assessment of the topic. The results and discussion elaborated the strategic approach in the assessment of the different ways in which the research question was answered. The conclusion provided a detailed and comprehensive summary of the findings.

Method of Systematic Review
Description of all information sources
The description of the information sources is depicted through the constructs of primary and secondary categorization. The primary source used in the research was the world health organization. The source was strategic as it provided real-time data of the use of misoprostol in developing countries. The second category was the secondary data (Asmat et al., 2017). The sources were obtained from peer-reviewed research journal databases. The journal databases are a critical source as they provide the required reading, having been passed through the peer reviewing process.

Electronic search strategy of the sources and the process of selecting articles
The electronic search strategy was informed by three stages. Firstly, the search included the evaluation of the research topic key terms. The key terms included; misoprostol and maternal mortality. The two search terms were followed by a review in a database with peer-reviewed sources. Additionally, the strategic approaches to the search involved a setting and filtering for the right year of publication. Finally, the process of sources selection involved a strategic use of the keywords ad year of publications filter.

Characteristics of samples- Age, gender, race and disease conditions
The samples selected involved respondents only from the female gender. One hundred women participated in the research, resulting in a derivation of ample sample population and research scope. Importantly, the age bracket involved women between 15 and 49 years. The age was described as most active in terms of reproductive health (Millard et al., 2015). Majority of the research respondents were non-white in the race. The disease condition was the involvement of the different experiences with stomach ulcers, abortion and postpartum haemorrhage (Roy & Shengelia, 2016). Importantly, the samples were randomly chosen as a way of avoiding both systematic and personal bias.

Summary of key elements extracted from the articles
Alarmingly, the world health organization demonstrated the fact that more than 500000 women worldwide die out of childbirth-related complications. The women are normally distributed between the ages of 15 and 49 years. Specifically, the complications are characterized as excessive bleeding or failed opening or closure of the uterus. The instances of the condition are either during birth or during an incomplete abortion (Asmat et al., 2017). The introduction of misoprostol has been used as one of the strategic solutions through which the maternal mortality would be solved.

Methods used to assess bias in the articles
The assessment of bias in the articles was effected through the use of Bayesian factor analysis. The factor analysis included the evaluation of p-test domains. The most basic technique was through the use of random approach in their selection. The random approach informed on the strategic approaches through which the instances of systematic and personal bias were avoided. The determination of the different factor attributes argues the categorization of the parsimony and the identification variable. Integrations of the approaches provided a robust way through which the elements of bias were established and mitigated. 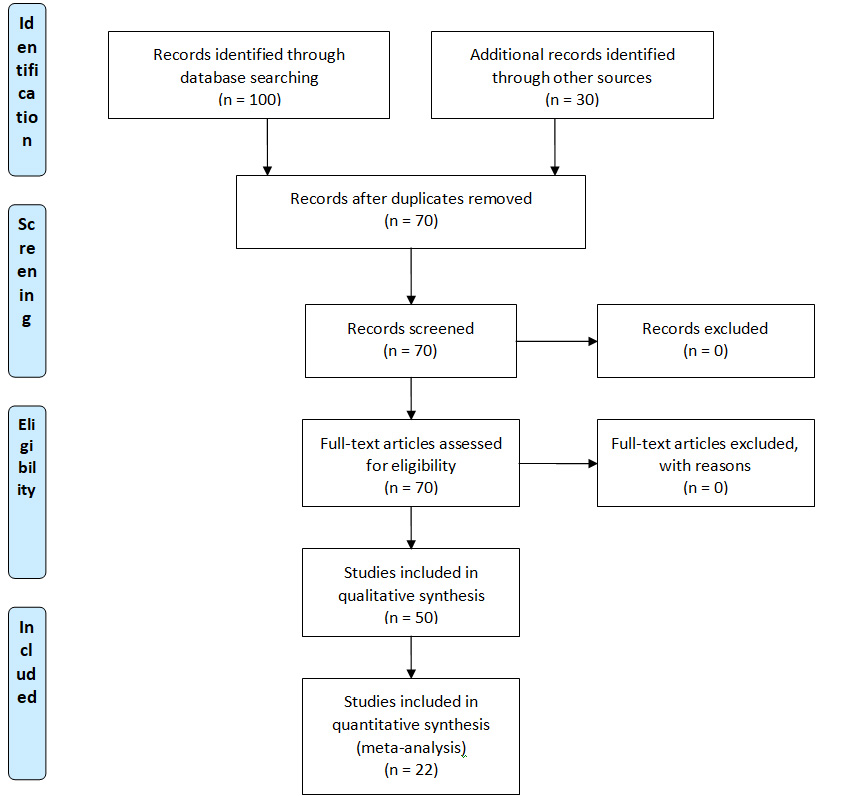 Number of Studies Screened
The study screened 22 sources. The screening of the 22 sources was strategic through the creation of a sufficient research database. Establishment of a database ensured that the research question has ample base through which the hypothesis is established. The number of screened sources determined the extent or scope of the research. In this critical review, the 22 sources were sufficient in the strategic formulating of the different versions and needs for data. The removed studies were not accurate in the determination of the required answers to the research question.

Ways in which eligibility was assessed
The eligibility of sources was established through the critical evaluations of the methods provided, and the findings obtained. The methodologies required to be comprehensive throughout the case study. As a matter of fact, the comprehensive nature of the in the consistency between literature and results. Secondly, eligibility was established through the assessment of the year of publication. Integration of the stated factors informed on the specific attributes used to measure eligibility.

Similarities and differences between the studies
The studies demonstrated a positive relationship between the use of misoprostol and the mitigation of instances of maternal mortality. In this way, all the studies were unison in the demonstration of the positivity. Secondly, the studies demonstrated the developing countries had higher incidents f unsafe and unlawful abortions. Among the differences, the primary source had more specific and up to date data. On the other hand, the secondary sources were comprehensively presenting the historical mature.

Whether any of the studies had a risk of bias
None of the studies evaluated in the study had the risk of bias. As a result, the determination of the different approaches through which bias is eliminated had been considered successful. Specifically, the articles were considered adherent to the measures of ethics. The absence of ethical violations and assurance that all the articles had been considered part of the article strengths (Pasha et al., 2018). Overall, the information obtained from the articles and the research findings obtained is therefore considered valid and reliable. The integration of the two is assumed to be the research strengths.

Study limitations
Just as any other research, the valuation of the two variables entailed an assumption that the peer-reviewed assessment also meant validity. The assumption results in a demonstration of the stratified understanding of the participation of every article. Additionally, the study was limited to two assumptions namely; peer review is an assurance of reliability and secondly that the random selection of sample populations would conveniently mitigate the existence of systematic and personal bias. The other limitation was the fact that the study was aligned to only one drug among many that could cause a rectification plan for maternal mortality.

Conclusion
Summing up, misoprostol is considered a strategic resource in the prevention and management of conditions after birth or abortion. The research also argued that the instances that mothers are ill or have had a long duration of malnourishment, the cases of excessive bleeding and uterine complications are more prevalent. Additionally, the internal classification of diseases depicts that the pregnant period could be life-threatening. The effective use of the misoprostol is strategic through the initiatives of preventing death during birth or after an abortion.

The Source of Funding and Roles of Funders
There are different sources of funding for the research. Importantly, the shareholders to the research are the direct beneficiaries and the authorized users of the information obtained in this research. Additionally, the importance of the findings provide the investors with real-time information. The roles of the funders are to make research inferences. There are different things through which the funders would develop interests. Funders avail funds to the rest of the organization as the approaching has been effective and would require a positive reinforcement.

Free research paper samples and term paper examples available online are plagiarized. They cannot be used as your own paper, even a part of it. You can order a high-quality custom research paper on your topic from expert writers:

EffectivePapers.com is a professional academic paper writing service committed to writing non-plagiarized custom research papers of top quality. All academic papers are written from scratch by highly qualified research paper writers you can hire online. Just proceed with your order, and we will find the best expert for you!

Get in Touch with Professional Writing Service 24/7